Is a United States immigration policy that allows some individuals with unlawful presence in the United States after being brought to the country as children to receive a renewable two-year period of deferred action from deportation and become eligible for a work permit in the U.S. To be eligible for the program, recipients cannot have felonies or serious misdemeanors on their records.

Unlike the proposed DREAM Act, DACA does not provide a path to citizenship for recipients.The policy, an executive branch memorandum, was announced by President Barack Obama on June 15, 2012. U.S. Citizenship and Immigration Services (USCIS) began accepting applications for the program on August 15, 2012.

The Secretary of Homeland Security announced that certain people who came to the United States as children and meet several guidelines may request consideration of deferred action for a period of two years, subject to renewal. They are also eligible for work authorization. Deferred action is a use of prosecutorial discretion to defer removal action against an individual for a certain period of time. Deferred action does not provide lawful status.

Due to federal court orders, USCIS has resumed accepting requests to renew a grant of deferred action under DACA. USCIS is not accepting requests from individuals who have never before been granted deferred action under DACA. Until further notice, and unless otherwise provided in this guidance, the DACA policy will be operated on the terms in place before it was rescinded on Sept. 5, 2017.

This page provides information on requesting consideration of deferred action for childhood arrivals (DACA). You may request DACA for the first time or renew your existing period of DACA if it is expiring.

Request DACA for the first time

The following information explains USCIS guidelines for requesting DACA for the first time.

You may request DACA if you:

Anyone requesting DACA must have been under the age of 31 as of June 15, 2012. You must also be at least 15 years or older to request DACA, unless you are currently in removal proceedings or have a final removal or voluntary departure order, as summarized in the table below:

I have never been in removal proceedings, or my proceedings have been terminated before making my request.

I am in removal proceedings, have a final removal order, or have a voluntary departure order, and I am not in immigration detention.

You must demonstrate that:

As of the date you file your request you:

Your school or military status at the time of requesting DACA

I am currently enrolled in school:

If you meet the guidelines for DACA, you will need to complete the following steps to make your request to USCIS.

Contact us for assistance in filling your DACA application, USCIS will reject your request if you fail to submit your application correctly.

Click on a date to see a timeline of available slots, click on a green time slot to reserve it

Your appointment has been successfully scheduled. Please retain this confirmation for your record. 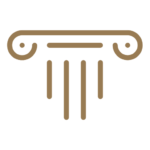 The Law Office Of